“When the head learns to recognize the past as passed, it seeds the heart with hope.”

Eye Movement Desensitization and Reprocessing, now used worldwide to treat PTSD, evolved from a discovery Francine Shapiro made in the late 1980s as a PhD candidate in clinical psychology. She was taking a walk one day, a distressing thought churning in her head, when suddenly her distress vanished. She decided to pay close attention to what was happening as she walked. The next time her mind seized on a disturbing thought, her eyes began to move rapidly back and forth of their own accord. Once again, the thought vanished. When she tried to call it back, it no longer troubled her the way it had moments earlier.

Early Relief for Combat Veterans and Survivors of Sexual Violence

Shapiro began experimenting, first on herself, then with friends and family, and got similar outcomes. In the protocol she developed, the patient holds a traumatic event in mind while the therapist guides his eyes rapidly back and forth. The published results of Shapiro’s first controlled study, done in 1988 with a group of twenty-two survivors of rape, sexual abuse and military service in Vietnam, began to draw the attention of the profession.

Today EMDR is an internationally recognized trauma treatment that more than 100,000 therapists are trained to practice. Initially, the therapist moved a finger or a pencil back and forth in front of the patient’s face, instructing her to follow it. Soon it became clear that other modes of bilateral stimulation worked as well. Some patients now wear headphones plugged into a device that makes an alternating tone from one ear to the other. Some hold touch pads that buzz between the left palm and the right. Some watch a point of light move back and forth across a light bar.

Author and clinical professor of psychiatry David Servan-Schreiber theorized that EMDR is effective because the eye movements “capture attention” and help the patient focus on the present while accessing emotions linked to traumas from the past. He wrote, “It may be this dual state of attention—one foot in the past and one foot in the present—that triggers a reorganization of the traumatic memory in the brain.”

The Past Has Passed

Scott Borelli of the European EMDR Association writes that trauma-afflicted patients often live as if there were little or no difference between past events and the present. One key element of healthy human motivation and behavior, Borelli points out, is the ability to look to the future with “hope and anticipation.” Trauma freezes people in past time, creating “anxiety rather than hopeful expectation.”

“One key element of healthy human behavior is the ability to look to the future with hope.”

When Carol E. Miller began psychotherapy, she lived in a state of perpetual hopelessness. There was a video clip playing in a continuous loop in her head. She saw herself trying to walk down an ordinary street, but every movement required a terrible effort, as if her legs were strapped to cement weights. When the camera panned down, she noticed something attached to her ankles. It looked like her shadow at first. Then she realized she was dragging herself along, face down on the pavement, hands clamped like leg irons to her upright self. She watched this wordless struggle over and over and over again, believing it would never end.

Carol went into therapy convinced that all the interesting things about her life were behind her. She expected to go on hobbling down the street until it was time to die. Slowly, as the EMDR sessions ticked by, she found herself becoming curious about the future, and what possibilities lay in store. She pictured herself in new situations, doing things she’d been too dejected to let herself imagine, like publishing a memoir. When the head learns to recognize the past as passed, it seeds the heart with hope. 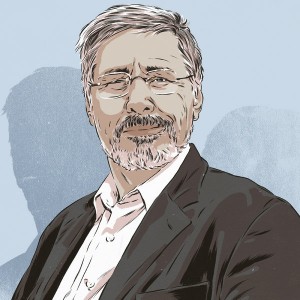 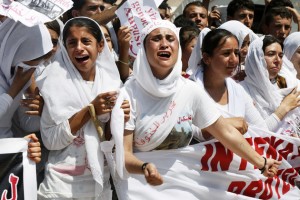 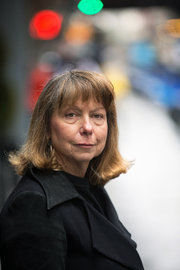 Piece by former New York Times editor Jill Abramson, who did EMDR after being hit by a truck in Manhattan