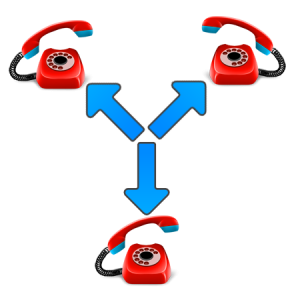 In a Venn diagram of our family, Bruce, Sue and I would be the only offspring in the shaded area where Fathers #1 and #2 overlap. The three of us were the lucky ones who got a double dose of narcissistic parenting. That may in part be why, as adults, we’re spread out across the globe. We’ve put a lot of miles between where we grew up and where we make our homes today.

For too long, the distance between us didn’t register. We were happy to see one another when we found ourselves all in one place, but we didn’t stay in regular contact. Our lives were not entwined.

Therapy started to change that. Much of what I was realizing and grappling with involved more than just me. Our whole family was implicated. I wanted to know how my sibs had experienced the day-to-day traumas I was trying to process. So I picked up the phone and started asking.

And then our mother was diagnosed with pancreatic cancer. Suddenly, there was an urgent need to be in communication with one another—to share how freaked out we were, strategize around Mom’s care, stay up to date on her condition, vent when the pressure of frequent visits to our parents’ house turned us into slavering lunatics.

When she died it was like a curtain flew open, exposing Father #2 to the glare of a spotlight. Outlining his narcissism in pitiless neon. We realized she’d been making herself a shield for thirty-five years, positioning her body between Dad and us. What had eked out, what we’d seen before she died was tame. He turned on us with the full fury of his ruthless need.

Nine time zones separated us kids: Bruce in Germany, Sue on the East Coast, me in California. We worked out that Bruce could call at 9:00 at night his time, which made it 3:00 in the afternoon for Sue and noon for me. That’s been our standing conference time ever since. We’ve talked on the phone once a month or so for the last six years.

Those regular calls have dramatically changed our relationships. We know one another and what’s going on in each other’s lives in ways we never did before. As we learn about ourselves we bring our discoveries to the group for discussion. In our little subset of three, each of us feels accepted, loved and lavished with support. We’re no longer isolated by the facts of our past. It’s become clear that we didn’t invent the abuse we suffered. Talking about it together not only confirms the truth of what happened to us individually, it lets us comfort one another and pool resources for healing.

It feels like this is the way a family is supposed to operate. But when you’re raised by a narcissistic parent (or two), “loving” and “supportive” are not behaviors you get much exposure to. Au contraire. One of the most insidious ways those with narcissistic personality disorder manipulate their families is by pitting individuals against each other. They create an atmosphere of derision and mistrust to keep the ranks in their own separate corners, smarting from constant jibes.

Father #1 taught us to focus on our glaring faults and believe we didn’t deserve his support. Father #2 reinforced that we will never be as good as he is. At anything. Then he turned our attention to one another’s worthlessness. Whenever he got one of us alone, he seized the opportunity to lambast the others.

It took my brother and sister and me a long while to fully recognize that we’d been duped. That, in fact, we were on the same team.

After we instituted the sibs conference call, we had to figure out how to have a conversation that wasn’t all about our narcissists. We were so well trained to hold them at the center of our attention that we could easily spend 90 minutes talking about our fathers instead of ourselves.

We’ve learned, slowly, to limit the energy we expend on them and to recognize when the conversation is getting hijacked. These days we’re pretty good at keeping the focus on our own lives and struggles, comparing notes on what works and guiding one another away from pitfalls.

That doesn’t mean we never talk about the men who raised us. I don’t think a child ever completely accepts that those who were supposed to cherish and protect her savaged her instead. No matter how old she gets. I do know that wishing our parents were different doesn’t make it so. Instead, we work at sharing the truth of our experience, opening ourselves to one another.

Shaping ourselves into the kind of family we want to be. 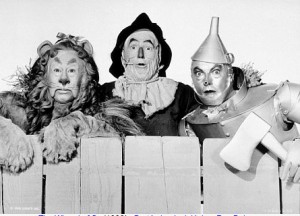 Right before the American Psychiatric Association released the fifth edition of its Diagnostic and Statistical Manual of Mental Disorders, or DSM, I read somewhere that narcissistic personality disorder (NPD) had been omitted from the new edition. Supposedly, the APA had decided that narcissism was so prevalent in the American population it could no longer be considered a disorder.

Turns out the DSM hasn’t scratched narcissism off the list of disorders. We may indeed be getting more self-involved as a nation, but that doesn’t change the fact that for some folks, it goes beyond Trump-style egomania. It’s a pathology. A disease. An affliction families are exposed to and shaped by every day. (On second thought, The Donald might just be the NPD poster boy.)

Here’s a taste of the diagnostic criteria for narcissistic personality disorder outlined in the current DSM:

Sound like a mommy or a daddy you know? Take this quick 5-question quiz to find out if you, too, were raised by a narcissist.

I. You call home from college to report that you made the Dean’s List. Your parent:

II. Whenever a service person comes to the house (piano tuner, plumber, IT guy) to help him out, your parent:

III. Your parent calls you on the phone. You didn’t realize he had your phone number. He explains that:

IV. Your hardworking sister is struggling financially. Your parent offers to give her his second car. A week later he:

V. You arrive from the airport late at night, after traveling cross country to visit your parent. He:

If you chose the second answer to any of the above, well, welcome to the club. Lots of people probably think your parent is a charming person. They have no trouble telling you so every time you run into them. They sigh reverently, or eye you with envy. Most people will never see your parent the way you do. Because if there’s one thing your parent knows, it’s how to put on a good show. He does this as if his life depended on it.

Eleanor Payson, M.S.W. uses the analogy of the Wizard of Oz to explain narcissistic personality disorder and what it does to families and individuals subject to its exhausting tyrannies. Your parent is a master at using his wizard voice and billows of green smoke to manipulate every situation, monopolize every conversation, suck up every last molecule of oxygen in the room. You exist in his world to enlarge his sense of self, to show him how great and powerful he is. And, as Payson puts it, “to be devoured by [his] unrelenting needs.”

You want a brain, a heart, some courage? You want to go home, little girl? This isn’t about what you want. It’s never about you.

When your parent senses that you’re on to him, when your awareness of his disorder prompts you to start questioning, pushing back, refusing to let yourself get gobbled up by his all-consuming need, things get prickly. He will breathe flames. He will command you to pay no attention to the man behind the curtain.

Make sure to get a good, long look at the little operator back there frantically working the controls. Call your brothers and sisters over to look too. Maybe then you’ll be able to start seeing him for what he is: an imposter, a fraud. An old humbug.

It can be one of the hardest things you ever attempt, to break the hold of a narcissistic parent’s spell. Every child, no matter how old, desires nothing more profoundly than to know that her parent is on her side, that he is devoted to helping her get what she needs. Coming to grips with the fact that he has a very different agenda—one that takes zero notice of her self or her wishes—can be brutal.

Get some support. I’ve spent a lot of time talking with my therapist about how to set limits. I ordered a copy of Payson’s book and then ordered more copies for my siblings. We spend time comparing notes, reminding one another that our experience is not a dream. We strategize ways to minimize the toxic effects of our parent’s disorder. We are definitely not in Kansas anymore. But that’s not the end of our story.