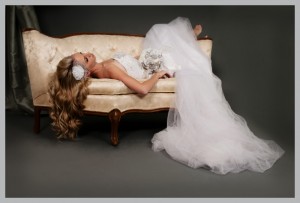 You wouldn’t know it from this blog, but for years I was dead-set against psychotherapy. A brief stint in college with the wrong therapist had a lot to do with that. So did my own decades-long denial that anything was wrong. But I also got the hint early on that I wasn’t deserving of the care a good therapist provides, and that made me spiteful.

Soon after my mother married Dad #2, they put my little sister Nancy into therapy. She’d been shunted from one babysitter to another during Dad’s protracted divorce and she was pissed. Dad bragged that Nancy was seeing the best child psychologist at McLean’s Hospital. I wasn’t offered the option after our plane crash, so I pretended not to care. I didn’t need that kind of help. Therapy was for losers.

It wasn’t until I was pushing forty and desperate to save my relationship with my partner of fifteen years that I finally reconsidered. He’d started seeing a therapist and insinuated that, if I did the same, he might not leave me. Even though I was coerced, somehow I recognized that Connie Rubiano, a licensed clinical social worker, was the life raft for me. “Ahoy,” she said. “Climb aboard.” And I did. Thank god! Now I know just how incredible it is to come out the other side of your misery.

Psychotherapy is not the only way to accomplish this, but it sure did the trick for me. My work with Connie, and with Jan Cehn, the EMDR therapist she referred me to, transformed my life. I can’t sing their praises loudly enough.

I guess it’s no surprise that I wound up married to a therapist, then. (Not my own therapist. Ew!) After the relationship I’d tried so hard to save went south, and after I found my nerve, I did the online dating thing. There he was in pixels–a writer and therapist who specialized in EMDR. It seemed too good to be true, but he kept turning out to be the real deal.

Nuns marry Jesus. I married therapy, and it couldn’t be a more perfect match.

My emotional life just gets better and better. Since meeting my husband, I’ve learned what it means to be adored, muffin top and all. I’ve gotten better at forgiving myself, at tuning out the critic in my head. I’ve also learned how to fight in a way that clears the air instead of making it fouler, how to accept an apology instead of clinging to an offense, how to abide the fact that not everyone thinks I’m awesome 100% of the time. And that’s just for starters. I’m still working on getting to the point without chickening out when something is difficult to say. Allowing that someone else’s bad mood is probably not my fault. Not leaping to problem-solve everything for everyone.

As if all that weren’t already an embarrassment of riches, I got a bonus, too. My husband is as talented a writer as he is a therapist. And he’s an incredible editor.

I’ve read over and over that married or partnered writers should NOT edit one another’s work. Some say it puts too much strain on the relationship. Others say it doesn’t give the work enough of an objective appraisal. I’ve also read many accounts of married and partnered writers who ignore these warnings and do just fine.

I can’t say how things will go in the future, but when I was drafting and revising my memoir Every Moment of a Fall, being married to therapy was the best thing EVER. Who else would you want sitting next to you while cranking on the umpteenth draft of a book about your own therapy experience but a therapist who also happens to be a kick-ass editor (and who loves you best of anyone in the world)? We pored over every single word together. Literally. We plugged my laptop into the TV monitor and scrutinized each page on the large screen.

Sometimes it drove us nuts. He had to be in control of the wireless keyboard, for instance, since he said I type too slowly. It’s true, I do. I can’t type without looking at my hands. But still. Sometimes we got hung up because the word or phrase he insisted I change was absolutely, non-negotiably the one I wanted. But inch by inch, we made the story clearer, the experience more vivid, the healing more apparent. More days than not, we’d high-five at the end of an editing session, thrilled at the good work we’d done together.

If you’re a writer, you know what a demanding and mostly solitary job it is. Having a mate who gets that, who understands how bloody hard you worked to lay six words next to each other in gorgeous order, who can help you amp those words up from gorgeous to chill-inducing—well, that feels slightly miraculous. It feels like being carried over the threshold. Home.

0 thoughts on “Married to Therapy”